It's a wonder I get anything done, and you're just fool enough to keep me around 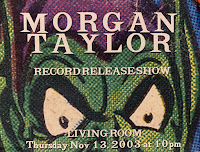 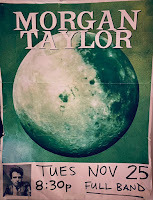 I cleared the cobwebs here just enough to toss up a few odds & sods that I'm told had fallen out of circulation, plus two "new" shows from 2003 that had managed to slip past me until now.

I also sadly learned that Morgan Taylor - who years ago worked as a sound engineer at The Living Room in Manhattan (where Regina played many times) and who was a gifted songwriter and artist in his own right - passed away suddenly just last week. Please consider pitching in to a GoFundMe to assist his wife (Rachel Loshak, a great singer-songwriter too) and two young children.

The world weighs a ton, and I'm too young...

2004-03-04 All Things Considered (NPR) - "Soviet Kitsch" & "Songs" Review
One of the earliest times Regina's music was featured/reviewed on radio - available from at npr.org

2008-04-19 Brooklyn, NY | Sound Fix Records
Live in-store for Record Store Day 2008 - I believe this recording is the version originally uploaded to RespektOnline and credited to Fallenquarter - featuring Summer in the City, Time Is All Around, Wallet, Baobabs, Genius Next Door, Real Love, and Hotel Song

2008-07-28 Bronx, NY | Words and Music from Studio A (WFUV)
Interview and live in-studio performance, available from wfuv.org - featuring Man of a Thousand Faces, Time Is All Around, and Summer in the City

2009-12-04 Philadelphia, PA | World Cafe
Interview and live in-studio performance, available from npr.org - featuring The Calculation, Laughing With, Eet, and The Sword and the Pen

Email ThisBlogThis!Share to TwitterShare to FacebookShare to Pinterest
Labels: updates

you don't know but that's ok,
you might find me anyway...